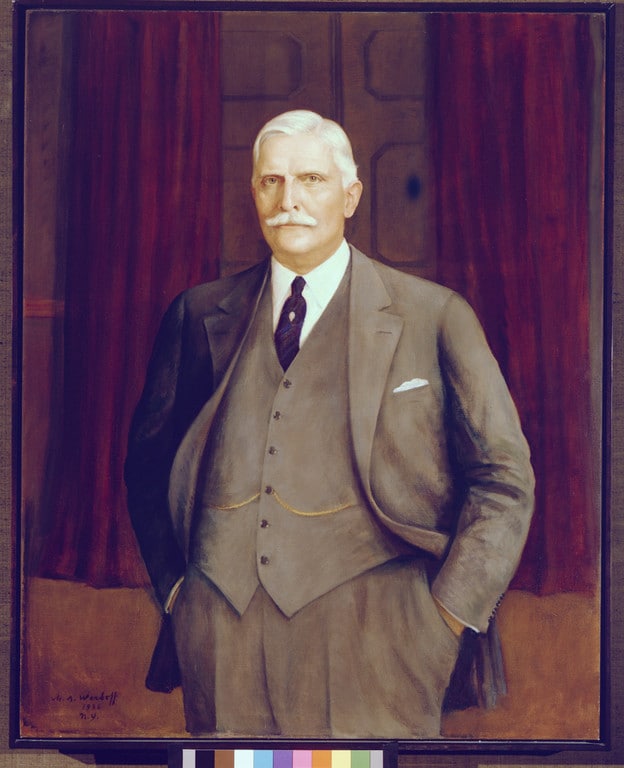 The son-in-law of Charles Deere, William Butterworth married Deere's daughter Katherine in 1892 and joined Deere & Company as an assistant buyer the same year. The Ohio-born Butterworth was astute and well-educated, a graduate of Lehigh University with a law degree from the National University Law School in Washington.

In 1897, Butterworth was elected treasurer of Deere & Company. With the death of Charles Deere ten years later, he was propelled into the role of president. This was no surprise, as Butterworth had been informally considered Deere's second-in-command. He would remain the company's president for 21 years.

During his tenure, Butterworth guided the company through many changes. In 1910, Deere's board of directors launched a major reorganization, unifying 11 factories and 25 sales organizations from throughout the United States and Canada into one consolidated entity. By 1912, the modern Deere & Company had emerged.

The company's product line continued to grow under Butterworth's leadership. Deere entered the combine harvester market in 1912, and purchased the Waterloo Gasoline Engine Company in 1918. With the latter acquisition, Deere gained the rights to manufacture and sell the popular two-cylinder Waterloo Boy tractor -- the company's first product in the tractor market.

Employees also benefited while Butterworth led the company. In 1907, shortly after Charles Deere's death, a new non-contributory pension system was created for employees who retired with 20 or more years of service. The pension system, and a companion sick benefit and disability program, while not the first in America, were certainly pioneer efforts by Deere.

When he retired in 1928, Butterworth became Deere's first chairman of the board. In 1927 he had been elected president of the United States Chamber of Commerce. He was re-elected to the position three more times before his death in 1936.